I have been so super busy since school finished for the summer on 12 December but I have constantly missed the world of blog. I’ve been away from home (still am) and traveling without a laptop which has forced some serious down time. What can I say, much as I miss blogging, having the persistent online distraction taken away from me has been great. Loads of time spent with the family, I’ve already read a few books and taken a lot (seriously, a LOT) of naps! Still doing lots of writing, my journal has taken a hammering 🙂

In the last four weeks, including the last week before school finished, a lot has happened. I only have a short time on a borrowed computer so here’s some highlights as a reminder of posts I want to write/things I want to reflect on in the new year…

I hope you’ve all had a lovely, blessed holiday period. I look forward to catching up on blogs in February. I haven’t given up on blogging, despite the long absence, I’m just living the summer in the real world with my family. I will be back!

In the meantime, I’m a very regular Instagrammer so head on over to my page @abbiesbabble if you want to see what we’re up to. 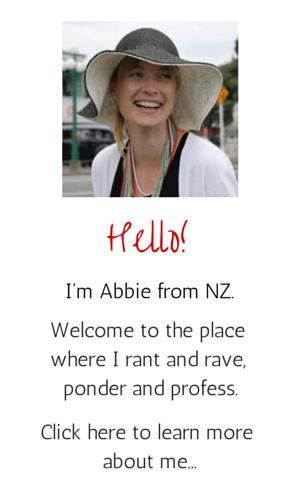