It could be said that getting lost is going astray. Not knowing your way. Personally I have the worst sense of direction in the world. Heck, I once broke a compass just by picking it up!

You can point me to North and I’ll tell you it’s West. You can give me a map and I’ll turn it upside down before navigating to the opposite direction of where you need to be. But that’s just me. 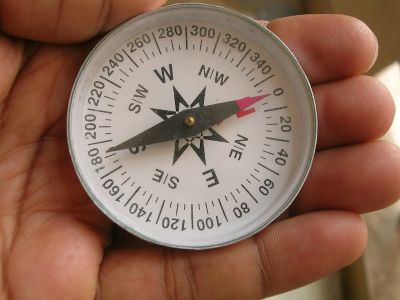 Google Maps on my smart phone, now there’s a saving grace. Although there was the time when we were away recently, and I entered the street address into our friend Google with the wrong suburb. We almost ended up on the wrong motorway heading 30 minutes further south than we needed to.

It’s good thing my husband’s theory is that life is an adventure and if he’s lost, he’d rather be lost with me – because really, even with technology, I am the worst navigator!!!

This post is in response to The Daily Post’s Daily Prompt: When was the last time you got lost? Was it an enjoyable experience, or a stressful one? Tell us all about it.

1 thought on “IT’S AN ADVENTURE”